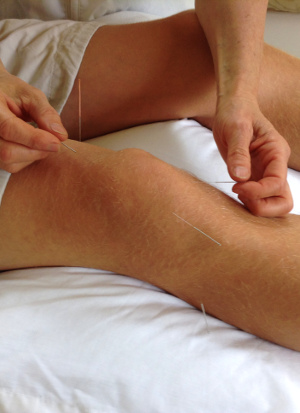 Acupuncture  has been used for over 2,500 years by millions of people to relieve illnesses, it is now recognised by the World Health Organization and the western medical community as a safe and effective form of treatment.  Acupuncture is based on the concept of a network of  channels (meridians)  carrying energy (qi) throughout the body . According to Chinese medicine theory illnesses are caused by blockages of energy within the meridians. or by an excess or deficiency of energy within the body.

Acupuncture is the insertion of fine sterile needles into specific acupuncture points on the meridians of the body. The practitioner willl take a detailed medical history to diagnose the imbalance of energy causing a patients’ illness. A selection of points will then be choosen to rebalance the energy flow.  The needles are inserted and carefully  manipulated to influence the flow of energy thereby enabling the body to re-balance the energies and heal.